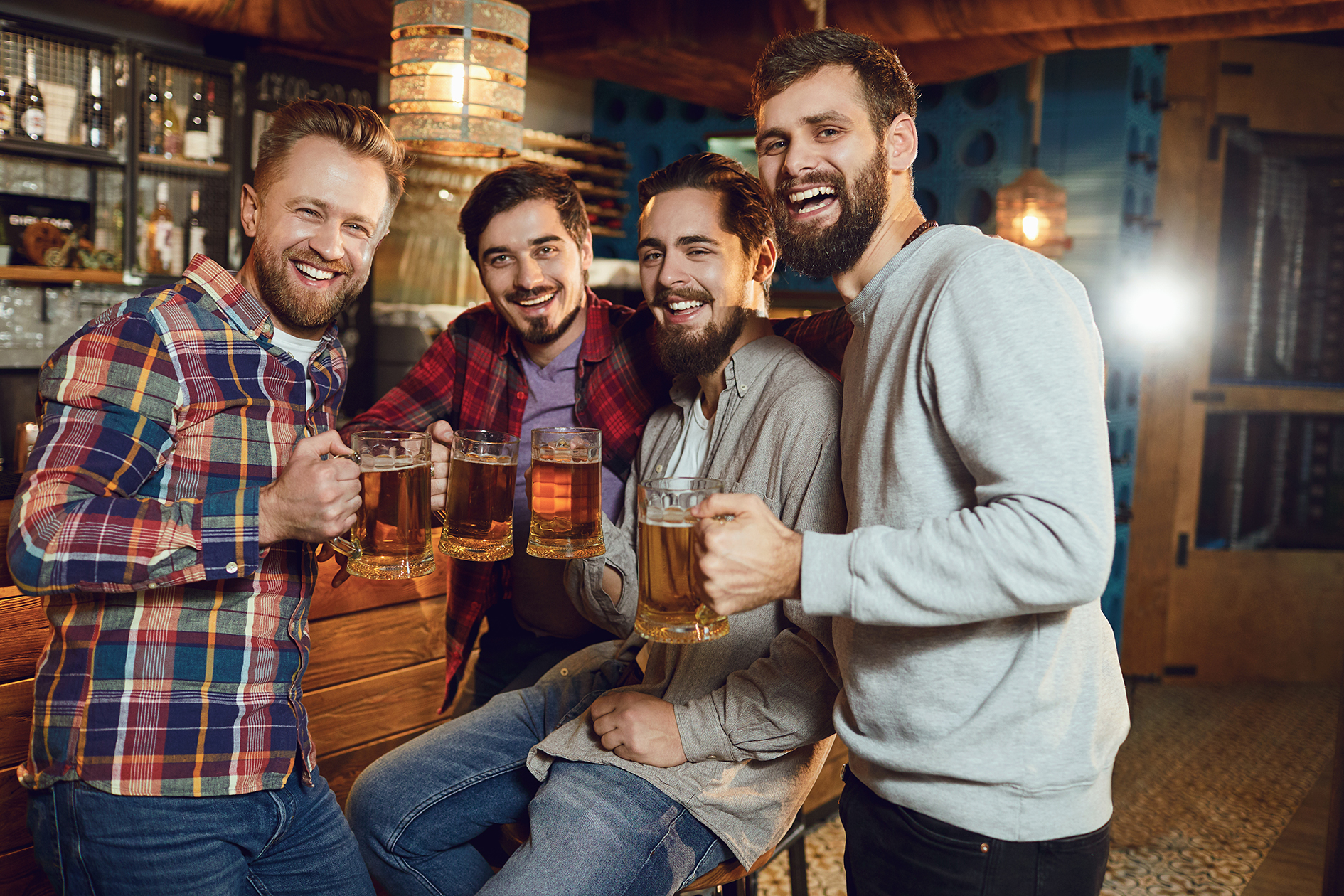 Enjoying some ice-cold draft beer is simply a pleasure. No beer fan will ever doubt that. But why is that? Where does all this fuss about beer come from? What are the things you have to pay attention to? And most importantly: why is beer especially popular amongst men? We investigated the symbolic power of a beer barrel and the nucleus of true man-to-man friendship.

It is a trend that becomes stronger and stronger: having your own tap. Bars and restaurants started installing taps directly at the tables for the guests so that they could pour their own beer when they are out with their friends. You can even buy small kegerators for home. The beer barrel that has been around since hundreds of years hasn’t lost any of its fascination. And thanks to the invention of the party keg, draft beer has found its way to our homes. But what is it about draft beer that gets people so excited? And what does real good draft beer actually mean? 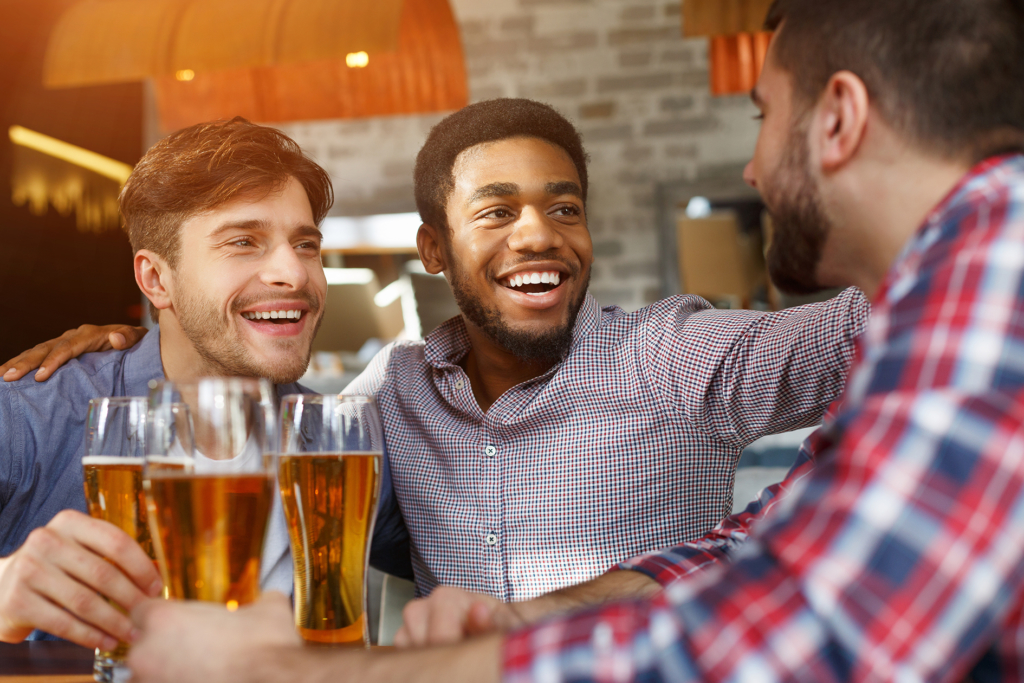 It makes men’s hearts beat faster, leaves a big impression on women and has lots of symbolic power in general: the beer barrel. Back in the days, Viking chiefs treated their crew to a barrel of beer after a successful raid. Still today we use the saying “let’s tap a barrel to that” a lot. It symbolizes appreciation, friendship and pride. When goods friends come visiting, the beer keg is shlepped upstairs from the cool basement and tapped with a big ceremony. If you can manage to pour a glass of ice-cold beer with a perfect head in less than three minutes, you are not only rewarded with a very good feeling about yourself, you can also be sure of the admiration of everybody around. On the spot filling, correct turning of the tap, perfect presentation of a crisp glass of beer – all of this makes for a total piece of art that no beer fan would like to miss out on. But you need a lot of experience to make it happen.

True friendship amongst men and the fact that the presence of a barrel of beer makes all men equal, might be the reason why beer barrels and draft beer are as popular as ever. There is no room for status symbols, snobbishness or bragging. It doesn’t matter if you are a scholarly person, an artisan or blue-collar worker – whenever a group of friends gathers around a party keg, it is all about the really important things in life that unite all men. In that moment it is all about something very special, to hand over some ice-cold draft beer – the symbol of friendship and appreciation.

When tapping some beer, power and know-how come into play. It is not a coincidence that it is the mayor of Munich who always gets to tap the first barrel of beer at the Oktoberfest. And there is no question that every newspaper will mention the number of strikes he needed to do get it done. Is there anything with more symbolic power than a boss that treats his staff to a round of beer and actually pours it himself for every single employee? What makes a man a man?

Tapping beer is not only about pure enjoyment, it is a demonstration of power at the same time. And it’s also like a little escape from modern times back to more ancient traditions, almost something archaic. The ritual of tapping beer is simple, and it makes you feel like you belong somewhere – which is a phenomenon that becomes more and more important in our fast moving and anonymized world.

A true friend doesn’t care about status or money, he just likes the other person the way he is. This is a very precious thing, that you don’t find too often in life. To pour your friend some ice-cold draft beer is a cheers to friendship and conviviality. No words are needed, one simple gesture is enough.

How to tap beer correctly 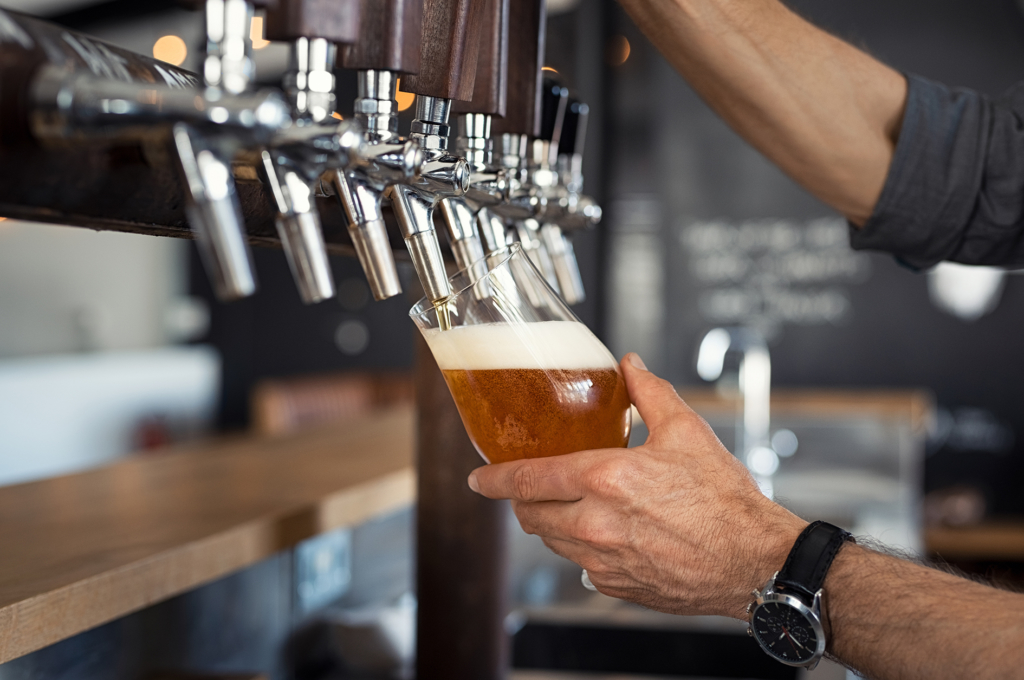 If you ever tried to tap beer right from the barrel, you know how hard it is to achieve a perfect result. There are a lot of things to pay attention to when pouring a glass of beer with a perfect, fluffy head. To achieve a perfect result, you should forget about the seven-minute rule. When you pour a glass of beer quickly, it tastes better because it keeps the major part of its inherent carbonation. Tapping itself needs a lot of intuition and know-how about beer. 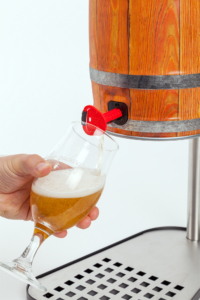 To achieve an ideal result, you need a glass that has been rinsed with cold water. You hold it under the tap with a little bit of an angle and open the tap to the maximum. The beer should run straight and at a steady pace against one side of the glass. After one minute you need to gradually draw some more to fill up the glass. That is how long it takes the head to solidify and build a perfect “crown”. By quickly opening and closing the tap you can finish off the perfect head. The ideal temperature for beer is between 6°C and 7°C. Dark and wheat beer need to be tapped in one go.

A perfectly tapped beer is like a little piece of art. And why is it that it tastes so delicious? Draft beer contains about five percent more carbon dioxide than bottled beer. Therefore, it appears to be more refreshing. Due to the fact that a barrel can hold more pressure than a bottle, draft beer develops more bubbles. Thus, it tingles more on the tongue than bottled beer. German experts call it “Rezenz”.

It’s a cliché for sure. Drinking beer is manly. The term “bock beer” itself makes this association more than clear. But it is fair to reduce beer consumption to this masculine image? The number of beer fans amongst women keeps growing and even in the professional area of beer sommeliers you will find more and more female graduates.

It is easier to understand this phenomenon by not automatically connecting beer with typical male things, but just the barrel itself. When it comes to the barrel, the appealing effect is definitely not the same for both genders and it is fair to say that beer barrels remain a male domain even to these days. Indulging in some cold beer together with some friends has become a firm ritual of community and conviviality. Just think of regulars’ tables, watching a game with a group of friends or social gatherings on Father’s Day. These traditions are hundreds of years old and are as common as ever. Not even the digital world we are living in nowadays could change that. On the contrary: the more fast-paced society becomes, the more important traditional values and rituals become. Isn’t this quite a comforting idea? 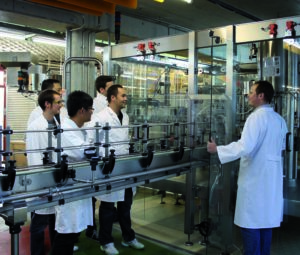 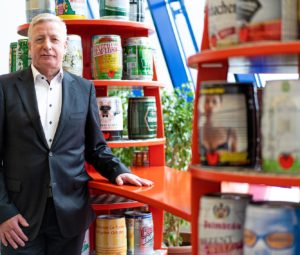 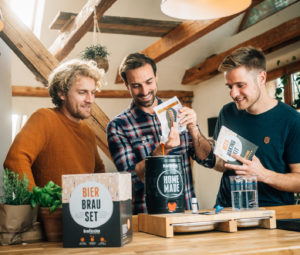