All posts from category customers 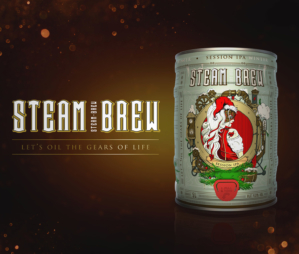 In 2018, the traditional brewery Eichbaum launched its own craft beer brand Steam Brew, which is sold exclusively via Lidl throughout Europe. Not least thanks to its creative brand identity, Steam Brew has since made a “rocket-like ascent,” according to Marketing Manager Dennis Sandhöfer. For the first time, one of Steam Brew’s six craft beer varieties, which are available exclusively in cans, has now also been filled into Envases’ five-liter party keg – as a specially designed Christmas edition for the Irish market.
END_OF_DOCUMENT_TOKEN_TO_BE_REPLACED 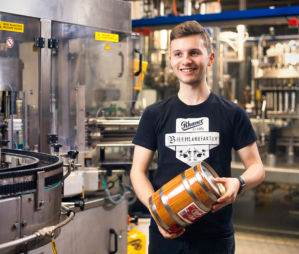 Traditional brewery from Bavaria: Rhaner is open to new ideas

Beer has been brewed at Rhanerbräu in Upper Palatinate since 1283. Even though the owner family Plößl can proudly look back on centuries of brewing tradition, they are always looking toward the future. Always be open to new things, is their motto. This includes a creative craft beer division as well as a regenerative heating plant, which also serves as a marketing tool thanks to its eye-catching appearance. In the course of resource-conserving and sustainable production, Rhaner also relies on the mini-keg as a completely recyclable container: Since Corona, the “Rhaner Festbier dahoam” (“Rhaner home festival beer”) in the five-liter party keg has become firmly established in the product range.
END_OF_DOCUMENT_TOKEN_TO_BE_REPLACED 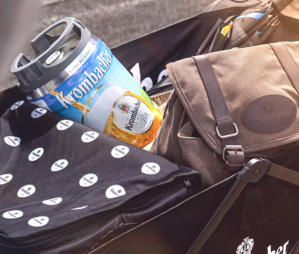 Krombacher 5l freshness keg: party can in an innovative design

The party keg celebrates a round birthday. The anniversary “50 years of Minikeg” is not only a good occasion for a look back, but also for a look ahead. After all, Envases has steadily developed the 5-liter keg over the past decades – and continues to do so. But breweries are also focusing on innovation and further development of the popular disposable container. One successful example is the Krombacher 5-liter freshness keg.
END_OF_DOCUMENT_TOKEN_TO_BE_REPLACED 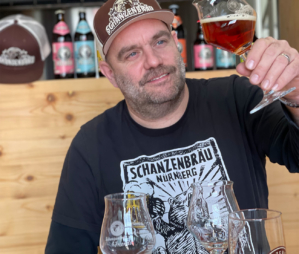 “You couldn’t drink my first beer,” Stefan Stretz recalls with a laugh. As a 16-year-old, he discovered a recipe for brewing beer in his grandmother’s cookbook and simply tried it out – with moderate success. But he never gave up: After graduating from high school, he trained as a brewer, then added an engineering degree in brewing technology, and later traveled the world for the job. Today, the 52-year-old runs Schanzenbräu, now the largest private brewery in Nuremberg, which he founded in 2004.
END_OF_DOCUMENT_TOKEN_TO_BE_REPLACED 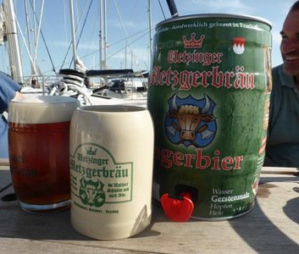 Manfred Reichert from Uetzing in Upper Franconia has already transported donated goods to Ukraine five times since the war began. The Upper Franconian butcher and self-made brewer supports the people in his girlfriend’s homeland not only with relief supplies and food. With his home-brewed “Metzgerbräu” beer in five-liter cans, he wants to cheer up the Ukrainian soldiers and provide motivation.
END_OF_DOCUMENT_TOKEN_TO_BE_REPLACED 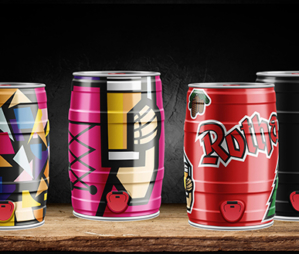 According to the Brand Index 2021, Rothaus’ Tannenzäpfle is Germany’s strongest beer brand and is popular not only among Black Forest farmers but also among city hipsters. The brand logo, which has remained unchanged for 50 years, and also the party keg, which attracts new target groups for this traditional beer from Germany’s highest brewery, both contribute to this success.
END_OF_DOCUMENT_TOKEN_TO_BE_REPLACED 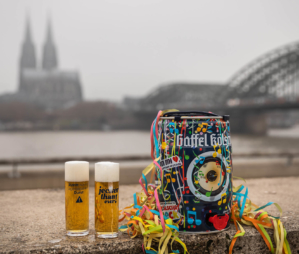 For some, it’s a tin can. For Thomas Deloy, it is “an excellent communication vehicle with enormous creative options. The head of marketing and PR at the private brewery Gaffel relies on campaigns that are “emotional, modern, and up-to-date. Gaffel has already proven several times that the minikeg is ideally suited to this.
END_OF_DOCUMENT_TOKEN_TO_BE_REPLACED 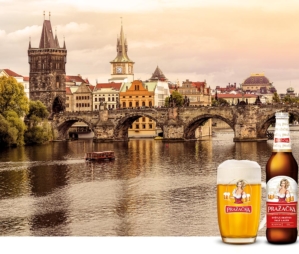 Only regional malt, the famous Saaz hops and water from deep springs are used in the traditional Czech brewery Tradiční pivovar v Rakovníku, a.s.. The brewery’s success confirms that it is doing well – it is the winner of many awards. Valentina Nikulina, Development Director at Tradiční pivovar v Rakovníku, a.s. sees the international awards not only as confirmation of the quality of the beers, but also as a reflection of national and international perception.
END_OF_DOCUMENT_TOKEN_TO_BE_REPLACED 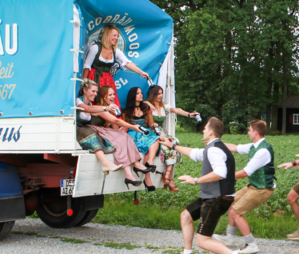 Mono-brand “Mooser Liesl”: A beer has become a shooting star

Arcobräu boss Holger Fichtel has not only awakened the traditional castle brewery in Moos, Lower Bavaria, from its slumber. His “Mooser Liesl,” launched in 2015, rose to become the most successful mono-brand in the “Helles-style beer” segment within a very short time. Remaining a brewer at heart, the go-getting businessman relies on determination, gut feeling and talking beer labels.
END_OF_DOCUMENT_TOKEN_TO_BE_REPLACED 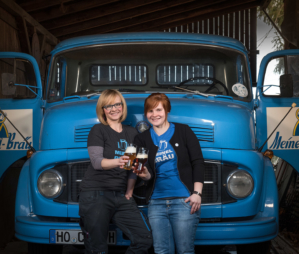 Brewery Meinel exists since almost 300 years in Hof in Upper Franconia. Since roughly 35 years it is run by women. The sisters Gisela and Monika Hansen conduct the business of the brewery in 13th generation. With innovative ideas they want to lead the traditional company into a bright future.
END_OF_DOCUMENT_TOKEN_TO_BE_REPLACED 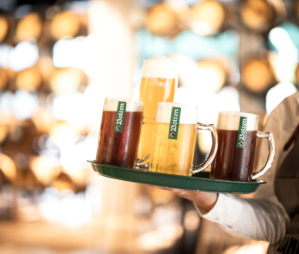 As an down to earth entrepreneur with a passion for beer and soccer club Borussia Mönchengladbach Michael Hollmann helped the world’s oldest alt beer brewery to shine in new splendor. In doing so, he relied mainly on the excellent taste of the Bolten beer, the local people, as well as the MiniKeg from Envases.
END_OF_DOCUMENT_TOKEN_TO_BE_REPLACED 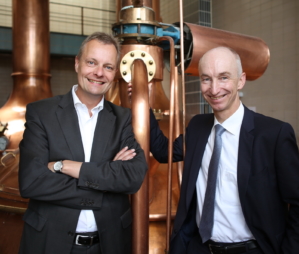 COVID affects us all. This is especially true for a premium, family-owned brewery that has lots of exclusive localities as customers. But a family-owned business with more than 150 years of history won’t let COVID get it down. Instead, Stauder relies on bottled beer, mini kegs and its premium Pilsner, that’s been hyped by its fans ever since it was launched.
END_OF_DOCUMENT_TOKEN_TO_BE_REPLACED
Seite 1 von 212Nächste »

We love our customers

Our customers couldn’t be more different. And that’s exactly what we think that’s wonderful! Therefore we present selected companies to show what we can do for you. 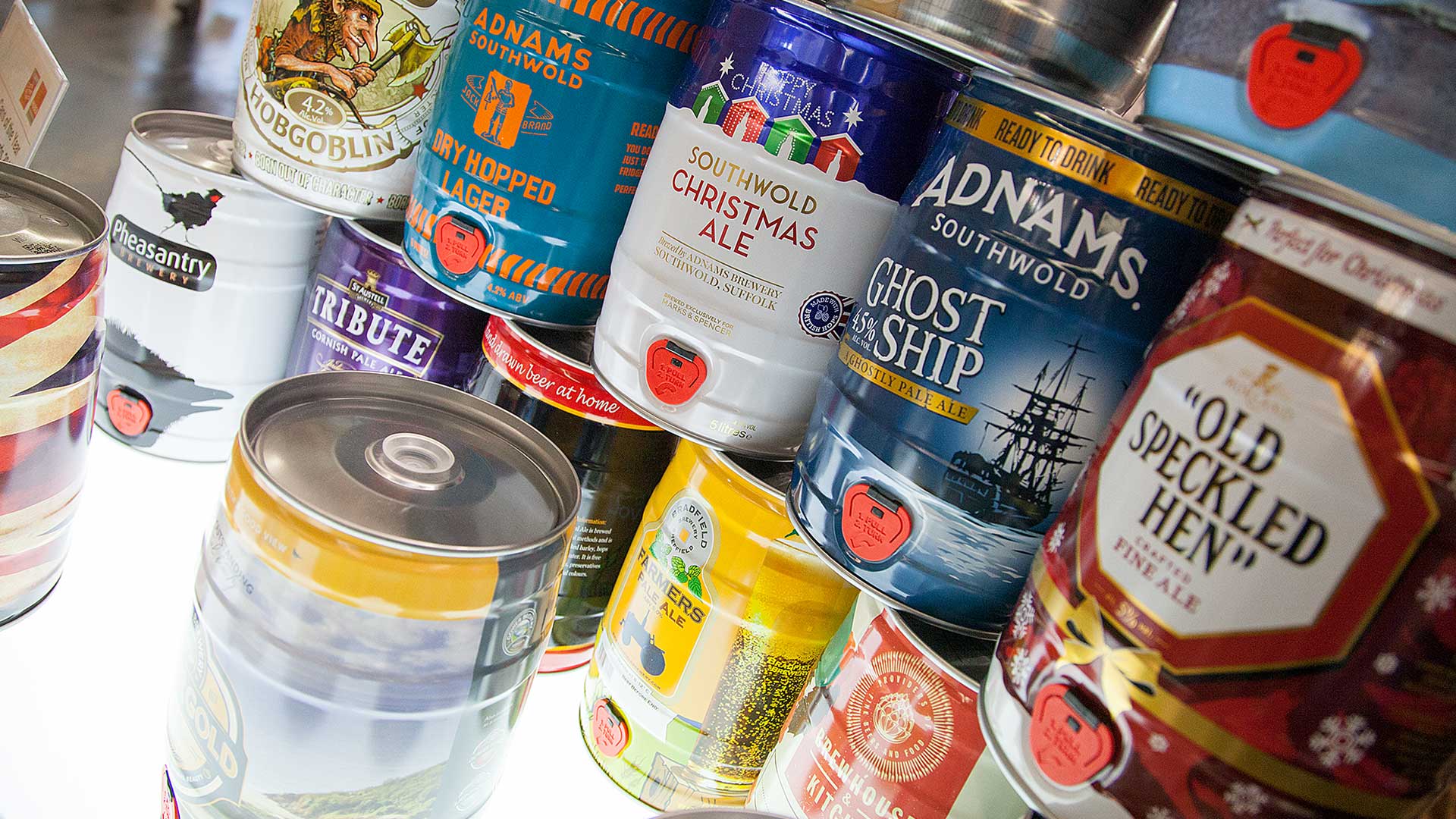